Create an Account - Increase your productivity, customize your experience, and engage in information you care about.

John P. Wilson, a prominent Chicago attorney who joined the Chicago Club in 1883, and Edward C. Waller, also of Chicago, founded the Charlevoix Golf Club in 1896. The course, designed by renowned golf course architect Willie Watson, is identified as one of the earliest regulation golf courses in the United States.

Willie Watson, a renowned golfer from Scotland, came to this country to help promote the game of golf in the late 1800s. He assisted in many golf course promotions and designs throughout the United States.

The original course was designed as nine holes, located west of Mercer Boulevard. Total yardage was 2,645 yards. In 1899, a brochure was published by the Pere Marquette Railroad advertising two golf tournaments to be played in July and August. It describes the golf course as "for the most part level with sandy soil, topped with light sod, and comparatively free from difficulty for the average player." In January 1900, over 100 acres of additional land was purchased by members of the Chicago Club, and by 1903 the golf course became 18 holes. A new watering system was added in September 1908 to make it the finest and most beautiful course in this part of the country.

Sold to the City of Charlevoix

On April 14, 1937 the Chicago club turned their golf course over to the City of Charlevoix for the sum of one dollar. The city has successfully maintained and operated it is a public nine-hole course ever since.

Over the years the course has played host to such legends as Walter Hagen, Tommy Armour, and Michigan Amateur champion Chuck Kocsis. In 1996, the Charlevoix Golf Club held a Charlevoix Area Centennial Tournament in celebrating its proud historic presence.

By the end of the 20th century, the Charlevoix Golf Club completed the primary goals of the Golf Course Master Plan that was established by the Charlevoix City Council, on July 9, 1990, in renovating the golf course to further beautify and improve the historic course. 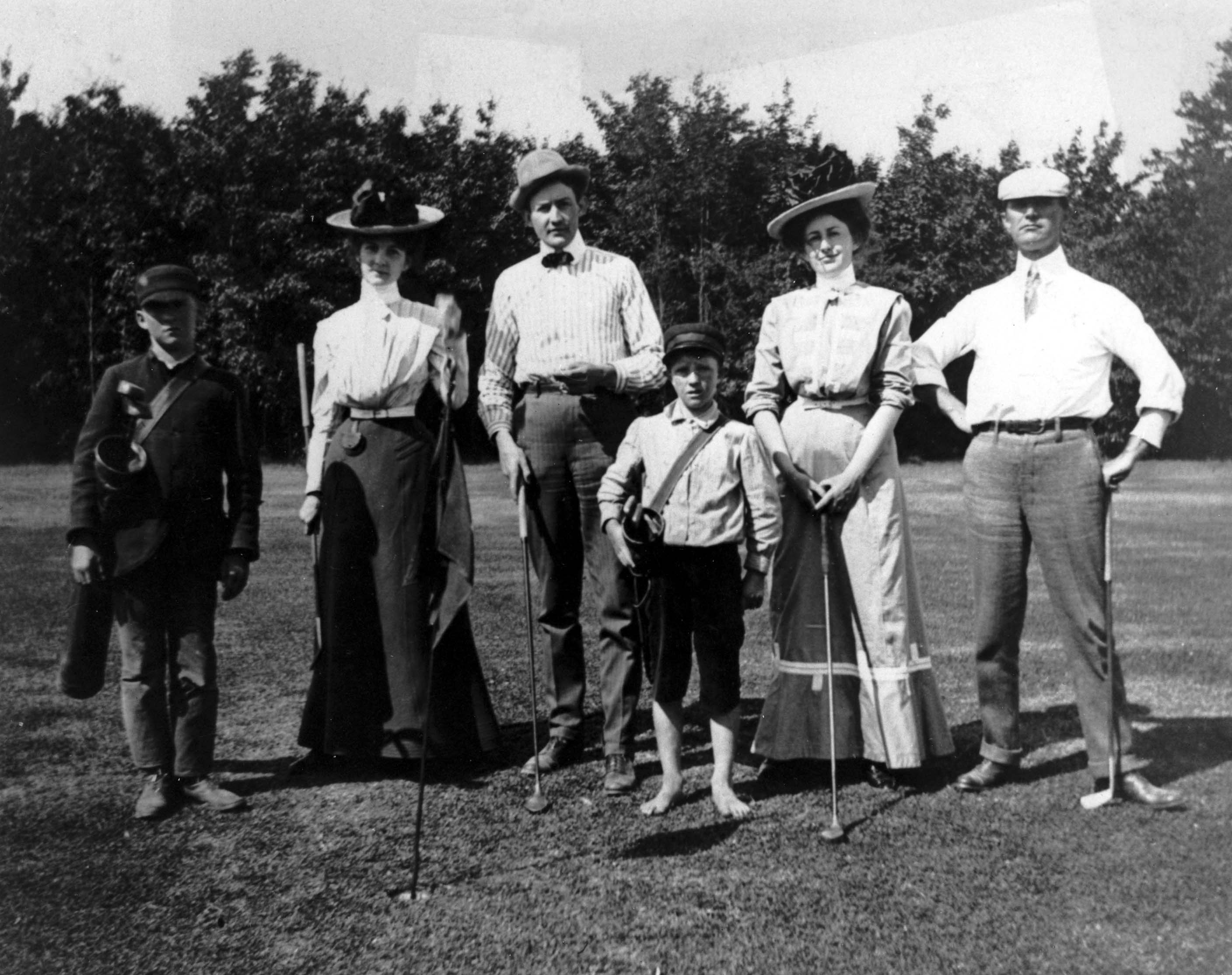